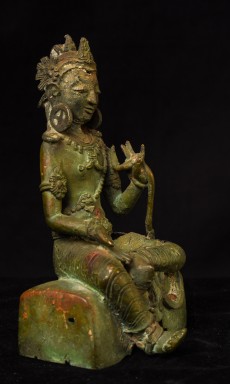 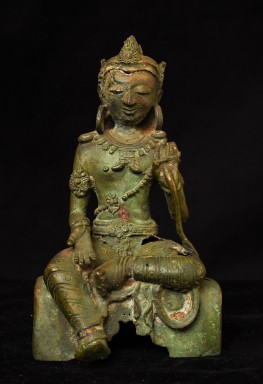 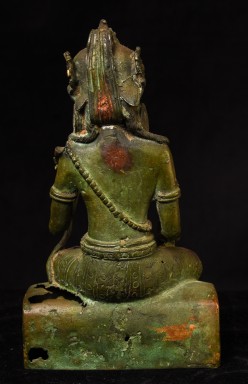 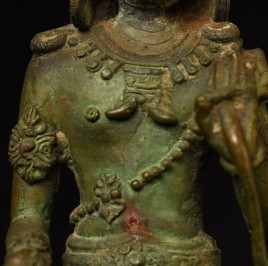 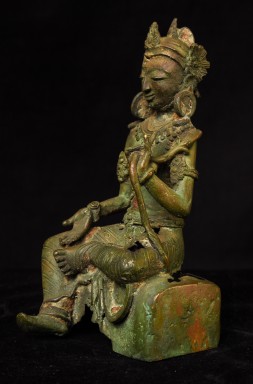 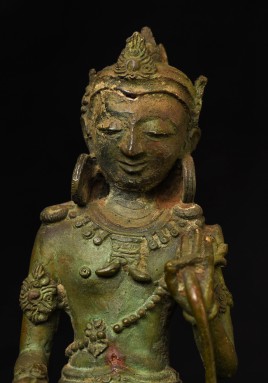 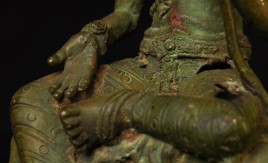 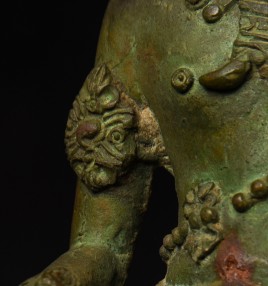 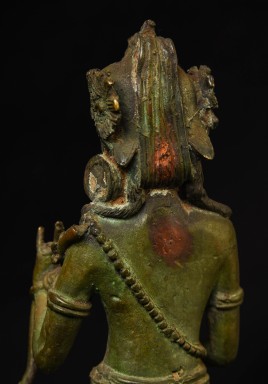 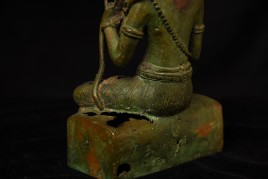 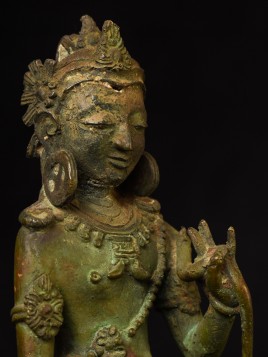 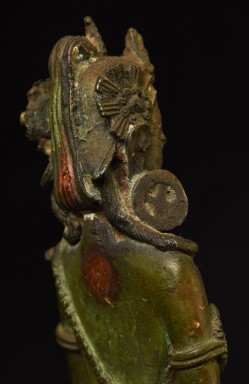 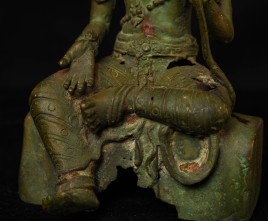 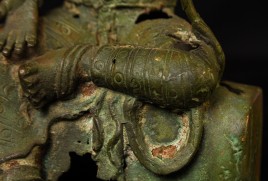 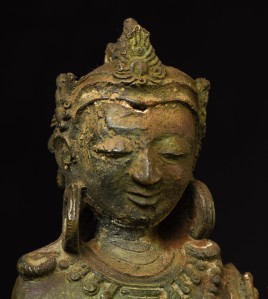 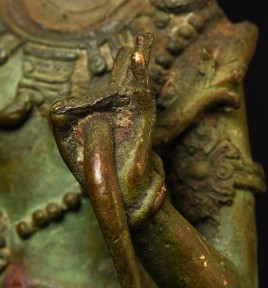 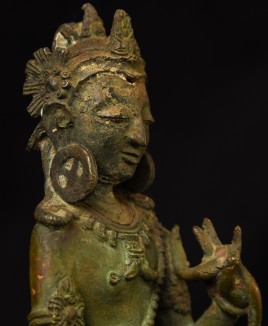 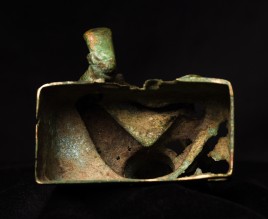 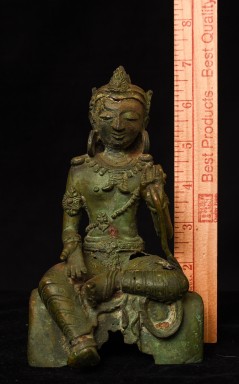 I'm putting this figure in the "for sale" category because I want it to be visible so I can share it with everybody as it is one of the more remarkable bronzes I have come across in some time. While I am still researching it, I believe it is early Burmese and maybe pre -the 10th century.    The casting is remarkable in that it is done so incredibly thinly. this was done in many places during times when bronze was scarce. I've seen this on beautifully cast early Thai Buddhas that were wafer-thin like this one.      It is also remarkable that it is sitting in a position of Royal ease, which signifies that it is likely a Hindu figure rather than a Buddhist figure as this one is. The face is very familiar to me, and I just have to track down the book that I've seen it in. It is possibly Arakan or early Mon-It clearly has echoes of pre-Pagan facial features.
let me know if you have any thoughts or ideas or photos of any closely related examples.  - 6.75" ( 17.145cm )