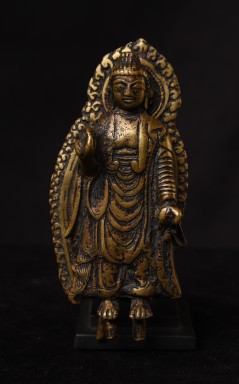 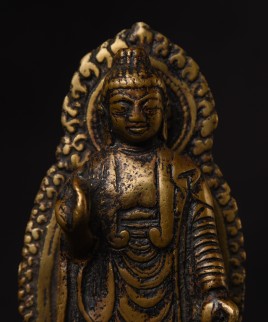 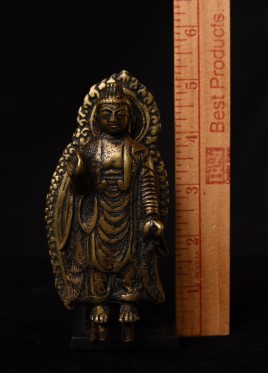 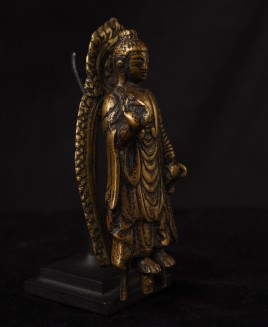 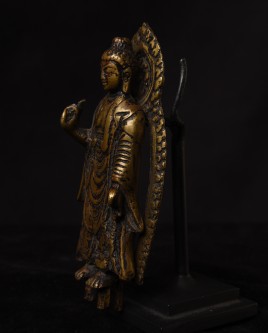 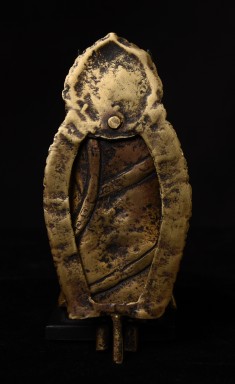 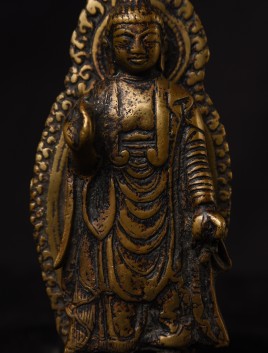 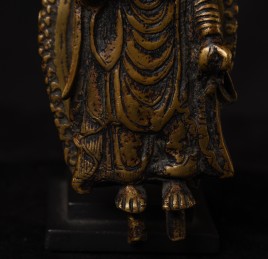 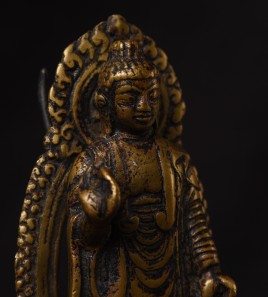 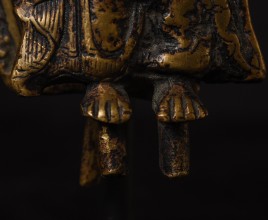 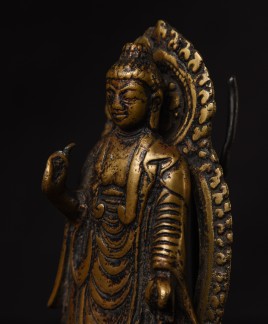 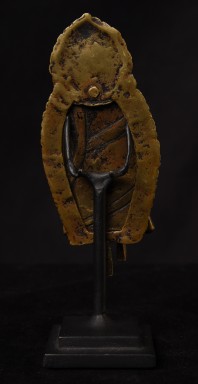 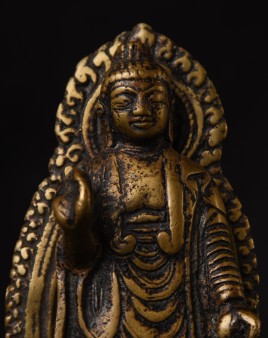 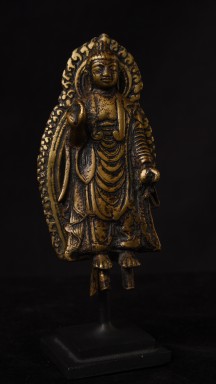 Very rare early and mysterious Buddha-likely from China or from somewhere along the Silk Road. Many years ago I had a Buddha that was remarkably similar in almost every way. the main difference was that The Buddha and back plate were set into a base that took the form of a fierce and ferocious turtle. the turtle had as much wear as the Buddha and back plate , and appeared to be original to the piece. for over a decade I researched that Buddha , and showed it to many knowledgeable dealers and to a curator at the Asian art museum. I never got a definitive answer on its precise origin, but the general consensus was that it could be 1000 years old or more, and that it was likely from an area that had a mix of influences -possibly along a trade route such as the Silk Road. I ended up selling that one to a high level dealer in China (who asked me to take any photos of it down off my site as he did not want any of his clients to know where he had gotten it from ). I was amazed to come across this one more than a decade later (sans turtle). It is presented here on a modified modern base . Very intense! H 5.25" (13.335cm) Not including the base.