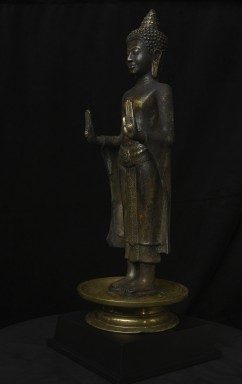 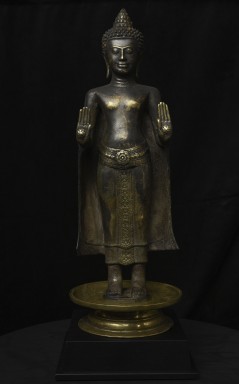 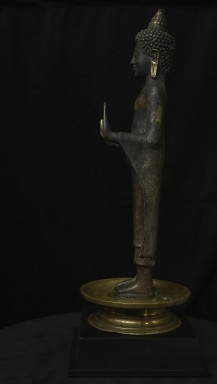 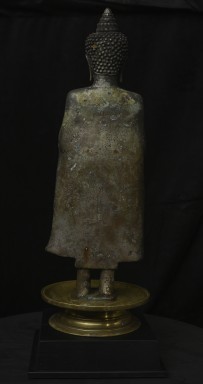 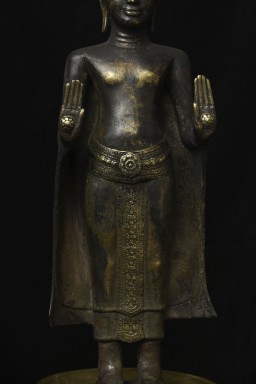 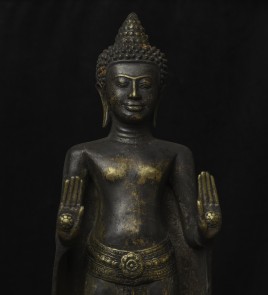 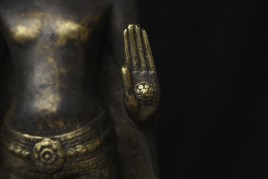 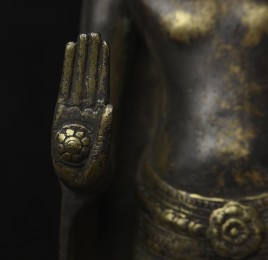 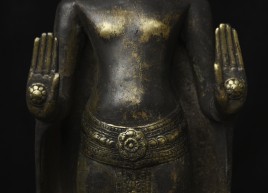 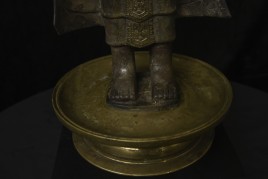 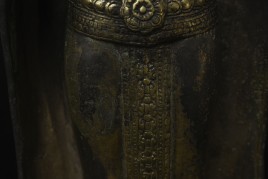 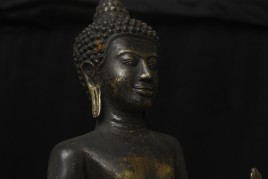 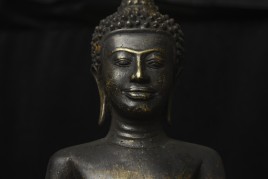 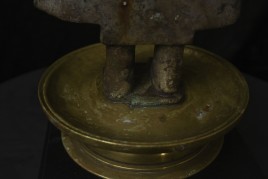 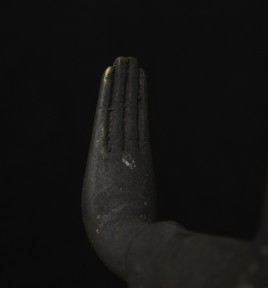 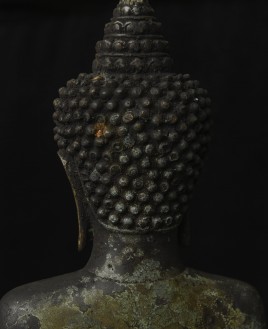 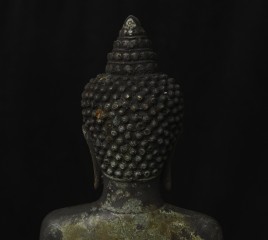 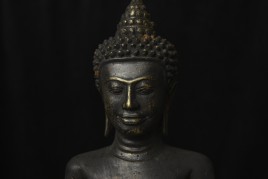 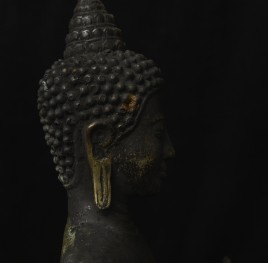 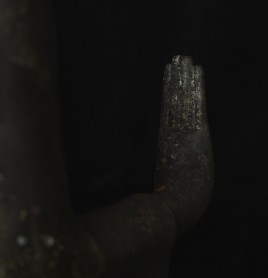 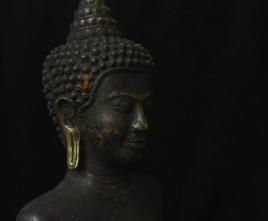 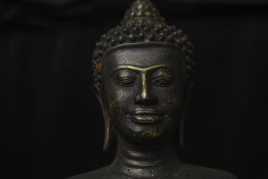 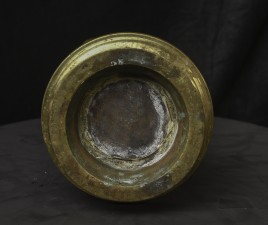 Best of its type- 13thC. Fantastic, Southern Thai Buddha with a strong Khmer/Uthong influence.  I've seen a number of closely related examples over the years, but they were all much smaller, and not nearly as well cast or sculpted. All of them have had elaborate "belts" or "sashes" around their waists that have had a lotus in the middle that was closely related to this one.  None were as remotely intricate as this one. None had the precision to their detail work. Each of them  did have closely related Lotus flowers on the palms of their hands. They all also had faces that were closely related to 13thC Khmer and earliest Uthong, but they are more friendly and more Beautiful.  This type is far rarer than its Khmer counterpart based on what I have seen in books, the marketplace, auction houses, and museums over the past 30 years. This is the nicest example I've seen anywhere. When I saw it I nearly passed it by because I could not believe that it was authentic given its size and beauty. The base has echoes of Sri Lankan and Indian Sculpture of the time, which is not surprising given peninsular Thailand is right across the Bay of Bengal from part of those places which practiced Buddhism during that period.

This piece will become the backdrop for the next iteration of my website as this looks to me to be a masterpiece. spend time studying the photos and you will see what I mean. Condition outstanding for 800 years of age.
Not inexpensive, but you will never find one nicer.  The exact size to follow- is nearly 20 inches.